Lately, I feel compelled to research what to do in the event of a nuclear blast. Logic tells me that it is unlikely to occur however my motto as an “Urban Kitten” and self-proclaimed Zombie Aficionado is that it’s better to be prepared and not need the information that to find yourself not knowing what to do and panic.

Check with your city and find out what their response plan is.  It will make you feel much better knowing that your local community has your back in the event of the unthinkable happening.


In addition to the information below always remember to have enough food, water, pet, and hygiene supplies for at least 2 weeks.

What is a Nuclear Blast?

It's an explosion with intense light and heat, a damaging pressure wave, and widespread radioactive material that can contaminate the air, water, and ground surfaces for miles around. A nuclear device can range from a weapon carried by an intercontinental missile, to a small portable device transported by an individual. All nuclear devices cause deadly effects when exploded.

The danger of a massive strategic nuclear attack on the United States is predicted by experts to be less likely today. However, terrorism, by nature, is unpredictable.  In general, potential targets include:

The three factors for protecting oneself from radiation and fallout are distance, shielding, and time.

Taking shelter during a nuclear blast is absolutely necessary. There are two kinds of shelters:

Remember that any protection, however temporary, is better than none at all, and the more shielding, distance and time you can take advantage of, the better.

Before a Nuclear Blast

The following are things you can do to protect yourself, your family and your property.

During a Nuclear Blast

If you are caught outside and unable to get inside immediately:

After a Nuclear Blast

People in most areas that would be affected could be allowed to come out of the shelter within a few days.  If necessary, evacuate to unaffected areas. The heaviest fallout would be limited to the area at or downwind from the explosion. It might be necessary for those in areas with the highest radiation levels to shelter for up to a month.

Returning to Your Home

Remember the following when returning home:

Create an Emergency Car Kit Before Your Next Road Trip

If you survived, what would you do the day after a nuclear blast?

What's it all about Kitty?

The Urban Kitten is about living with enough, being efficient with your money, and tips on being prepared when the unexpected happens. I’m always looking for inexpensive ways to experience life’s little luxuries.

read more about me 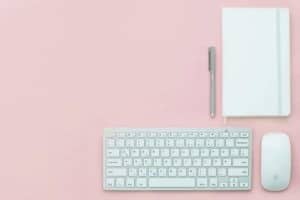